Erected in 1876 by Robert Needham Philips to honour his brother Mark Philips, this obelisk on the hill above the Welcombe Hotel is visible for miles up and down the vale of the Avon. Welcombe was once part of the chief manor of Old Stratford and in Shakespeare’s time the Combes family had a considerable estate here.  In 1845 Mark Philips, son of a northern industrialist purchased Welcombe Manor and in the 1860s rebuilt it as the family seat. Today this forms the Welcombe Hotel. Mark Philips was also notable as Manchester’s first Member of Parliament.

The Obelisk aka The Monument

Mark Philips (4 November 1800 – 23 December 1873) was an English Liberal Party politician, and one of the first pair of Members of Parliament for Manchester after the Great Reform Act.

Born in Philips Park, Whitefield, Lancashire, the son of Robert Philips, a prosperous merchant and Anne Needham. He was educated at the Manchester Academy while it was in York and then at the University of Glasgow.

The town of Manchester was deprived of its parliamentary representation in 1660 in reprisal for its support of the Parliamentarian faction during the English Civil War. Representation was only restored following the Great Reform Act of 1832.

He and Charles Poulett Thomson were the first pair of MPs elected in that year. He represented the city in Parliament until 1847, an active member of the Anti-Corn Law League. A champion of universal education, in 1837 he chaired a meeting that led to the creation of the Lancashire Public Schools’ Association which was instrumental in establishing a system of publicly-funded schooling in the UK. He also played an important role in establishing the UK’s first free public library in 1852 and he was President of his old school Manchester Academy from 1842–1846 and from 1871 until his death in 1873. He was High Sheriff of Warwickshire in 1851.

Philips donated money to many causes including £1,000 towards the fund for the provision of open spaces and parks for the City of Manchester. This resulted in many estates being purchased by the city, including Lark Hill in Salford, which became Peel Park, and the Bradford Estate which became Philips Park in east Manchester. 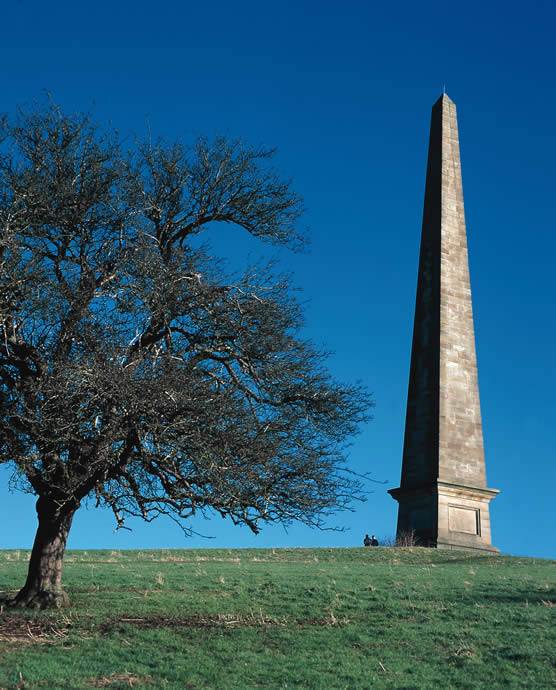 Here’s a 360 view we recently did from the monument – move your cursor on the photo below and take a look around!