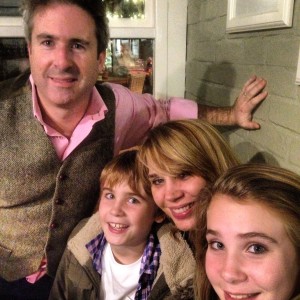 When I was 7 my family moved from the home counties to a small village about 5 miles north of Stratford called Norton Lindsey. Our next door neighbours were the Keelers, Tony and Shiela and their little dog Apollo. Friendlier neighbours you will never find and our families became very close. From time to time I would accompany Shiela on walks with her hound and one day in the middle of my school holidays she suggested we go on Apollo’s favourite walk up to The Monument.  It’s one of my earliest memories, a hot sunny day, the well trodden path winding through the long grass, the rolling landscape, the hills seemingly piled up one on top of another, the giant ripples on the fields from the ancient allotments all represented a postcard vision of England. This is starting to sound all very Enid Blyton! Neighbour, dog & boy hiked over the hills and a perfect afternoon was crowned standing at the foot of an impressive momument I knew nothing about. My head was full of questions, not least what was this massive tower doing in the middle of nowhere?  Who put it there? And why? What about the strange repeating undulating little hills? Who mowed the grass?  Why did the nearby hotel have so many chimneys? What’s that Castle doing in a field near the entrance to the hills. Why do most nettles sting you yet the ones with white flowers don’t.  Why do dogs have black lips? So may questions from a small kid.

Shiela & Tony moved away, life moved on and eventually I left Warwickshire in my late teens to work in London. The Welcombe Hills became a distant memory occasionally pricked on the rare occasion when I returned to Stratford, catching a glimpse of the needle like monument through trees in the distance as I approached the town after pulling off the motorway. In the capital I was absorbed by city life, starting a business, marrying Katharine, doing up houses and after a while two kids arrived, Olivia and Henry, which, as is often the case, made us rethink our lives. London was a great place to live when you are young and carefree, but there are better places to bring up a family. So it was in 2007 that we decided to move and start a new chapter of our lives in Warwickshire. And what better place to live that Stratford upon Avon, the town of my childhood.  We fell in love with a tall quirky white house which sits at the end of Maidenhead Road and moved in a few months later.

The first weekend we moved in we decided to go for a stroll and before long we were at the foot of the monument.  It had been about 35 years since I had last stood at this spot.

As was then, there were still so many unanswered questions.  What is the monument for? Who built it? Who are the Cloptons? What’s the story about the Welcombe hotel?  Those short undulating hills? And the giant mole hills? The tiny castle? A vinyard? The different woods that scatter the area.  Who owns the land and looks after it?  And why are they called the Welcombe Hills anyway, what’s that “B” all about?

And everyone else has the same questions and more.  I’m on the Welcombe hills nearly every day and along the way I’ve met people who have filled in some of the gaps.  So I decided to write down what I’ve learned and what I didn’t know I would try and find out.  My business is web publishing so it seemed like a good idea to create a website. This is a non profit project done simply to provide people like me with interesting information about our local environment.

I welcome contributions from anyone who has any information about the hills and surrounding areas.  We’re interested in anything historical, interesting or even a photo of you and your dog on the hills that you’d like to share. I hope you enjoy the site and hope to hear from you.

Gavin (with a bit of help from Katharine, Olivia & Henry)